Conference on Security and Cooperation. Helsinki, Finland. 1975. Retrieved from https://en.wikipedia.org/wiki/Helsinki_Accords

The Helsinki Accords were signed on August 1, 1975 in Helsinki, Finland (US Department of State). The signatories of this conference include 35 European states, the US, and Canada. The goal of this conference “was to reduce tension between East and West” (New World Encyclopedia, 2014). This diplomatic effort served to lessen tensions from the Cold War as well as boost perceptions of the Soviet Union from the West. This conference included many topics but of particular importance is the section of humanitarian and cultural cooperation. The Soviet Union signing this accord eventually became a stable foundation for the dissident movement.

Sections on human rights featured rhetoric that supported journalistic rights as their profession was reliant on the ability to freely report. There was also talk of cultural inclusion and information to diffuse ideas and beliefs across state boundaries. This was to be done by sending professionals across state boundaries to encourage this diffusion. Another topic referred to minority and ethnic group inclusion as it was imperative to completing the cultural diversity of each state (Conference on Security and Co-operation in Europe Final Act, 1975). When the Soviet Union partook in the signing of these accords they agreed to recognize and appreciate humanitarian and cultural rights. This was exemplified in a current digest article that cited the importance of the Accords: “First of all, that the historic Helsinki meeting opened up new horizons in the sphere of cultural exchanges. It goes without saying that this is of enormous importance in the further materialization of detente and in the strengthening of peace” (Pankin, 1975). From a state view, the Soviet Union seemed to be making positive steps in the right direction but a look into the domestic realities painted another picture.

Almost paralleling the accord signing was unrest in Soviet society. “Dissidence arose among Soviet intellectuals in the 1960s and expanded in the early 1970s” (von Geldern, 2015). Movements for the recognition of human rights and more individual freedoms became the foundations of these movements which included public demonstrations, circulation of banned literatures, and publishing of factual journals like the chronical. While these movements never attracted huge numbers of people they represented a powerful and hungry awakening of society. The rise of these movements led to an aggressive reaction from the government. These movements were repressed by physical means such as exile or forced entrance into mental institutions as well as government propaganda (von Geldern, 2015).

The Helsinki accords proposed a state projected view of the importance of cultural inclusion and expression, as noted by the Soviets participation and signing of the accords. This contradicts Soviet’s actions within their own country. These two actions paralleled and contradicted each other with the repression of the dissident movement symbolizing state control of culture whereas the signing of the accord promised a movement towards the opening of cultural expression. These accords eventually became the “new framework and context for the expression of dissident voices” (New World Encyclopedia). Activists often set up groups to monitor and track violations by the Soviets against the accords to use against them (New World Encyclopedia). 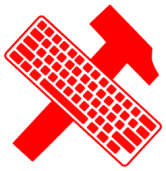 CONFERENCE ON SECURITY AND CO-OPERATION IN EUROPE FINAL ACT, 1975, Retrieved from http://www.osce.org/helsinki-final-act?download=true

Pankin. (1975). After the Forum in Helsinki: COMPONENTS OF CULTURAL EXCHANGES. The Current Digest of Russian Press, Vol. 27, 37. Retrieved from https://dlib-eastview-com.ezproxy.lib.vt.edu/browse/doc/13638377

This work is licensed under a Creative Commons Attribution 4.0 International License.